This is some text inside of a div block.
Thank you! Your submission has been received!
Oops! Something went wrong while submitting the form. 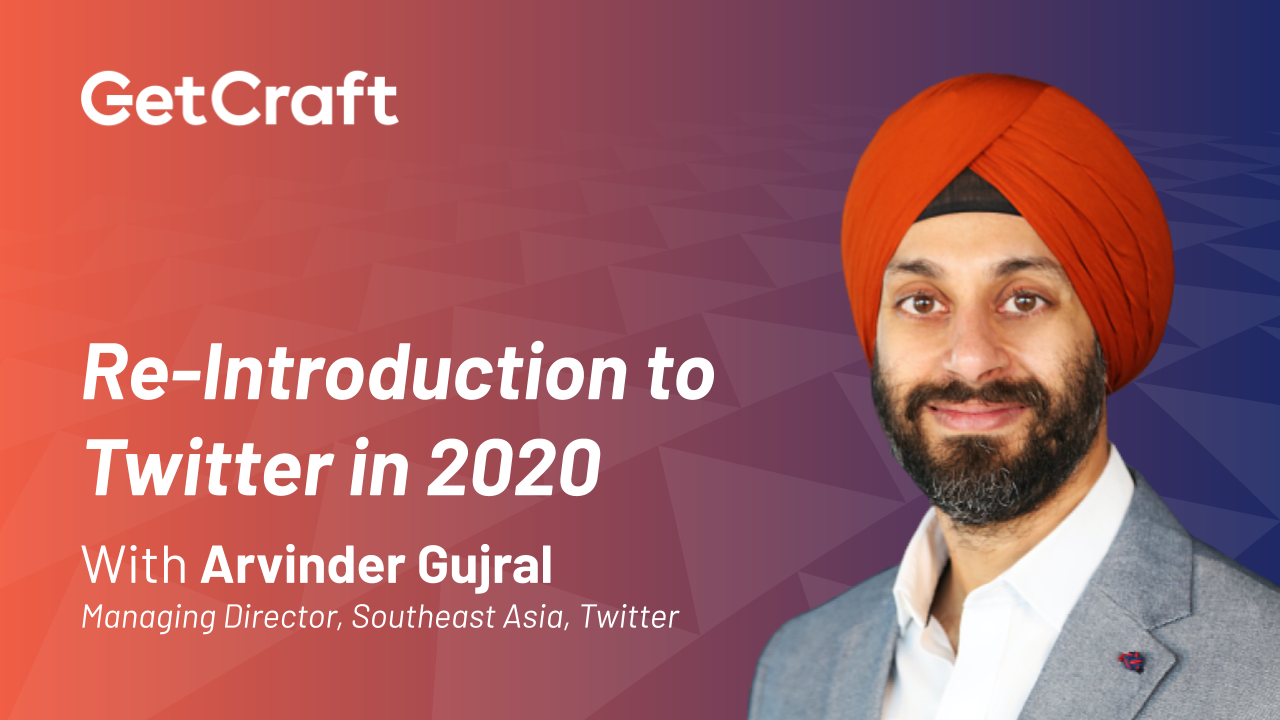 Back in 2012/13 Twitter was leading up to its IPO, Dick Costolo was CEO, Jakarta was the city with most active Twitter users in the world & country leaders we’re joining the platform en mass. Now it’s  2020 & Twitter (not to mention the world!) has changed quite a bit since then!

As such joining us on our next GetCraft Interview Series to talk about all of this will Arvinder Gujral, Managing Director Southeast Asia, Twitter who along with Patrick Searle, Group CEO, GetCraft will have a interview titled: Re-Introduction to Twitter in 2020

Some of the topics we will cover during this talk include:
(-) How the product has evolved in the last 7 years
(-) What the current usage of the platform looks like in SEA
(-) Trump & Twitter’s stance on platform safety!
(-) How brands/creators can best use the platform
(-) Twitter’s WFH Policy & what this means for global talent
(-) Lots more!

Also for those who attend the live webinar, Arvinder will be taking public Q&A’s! So if you have any questions about Twitter’s product, business and operations, now is your chance.

Given the current goings on in the world & Arvinder’s background this should be a fascinating interview and given how this is a FREE webinar, we’re expecting a high turnout so RSVP fast to make sure you don’t miss out on a spot!

Here are two ways to get involved:

Huge thanks in advance & lets keep crafting during these challenging times!

You are a premium member

Entertaining via Livestreaming: Mastering the Art of LIVE