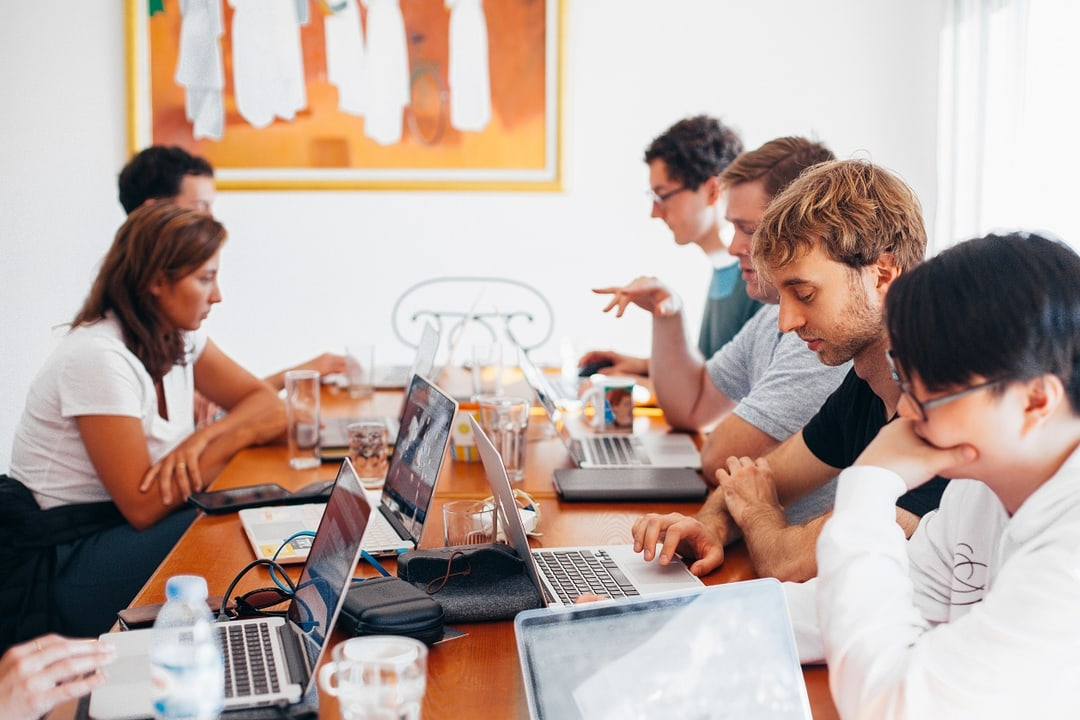 Quick question: How many browser tabs and apps do you have open right now?

Many creatives pride themselves in the ability to multitask, switching windows every 30 seconds from Photoshop to a web page filled with design inspirations, all while listening to indie folk in the background. Our tools of the trade also typically include computers and mobile devices built for multitasking. The question is, are we built for multitasking? Experts believe we are not.

The myth of multitasking

There’s an interesting science behind our tendency to multitask. Whenever we complete a small task, our brain releases dopamine, the feel-good hormone, so that encourages us to switch from task to task to get a tiny hit of gratification. The problem is, our perceived ability to multitask is just that—a perception, and it’s causing our productivity, performance, and even creativity to suffer.

Paul Atchley, a Doctor of Cognitive Psychology at the University of Kansas, said that multitasking does not exist. “We instead switch tasks. Our brain chooses which information to process,” Atchley says. “For example, if you listen to speech, your visual cortex becomes less active, so when you talk on the phone to a client and work on your computer at the same time, you literally hear less of what the client is saying.”

Earl Miller, a neuroscientist at MIT and a leader in human cognition, agrees with him. “When we toggle between tasks, the process often feels seamless — but in reality, it requires a series of small shifts,” Miller said. “Say you stop writing a pitch for a client in order to check an incoming email — when you finally return to the pitch, your brain has to expend valuable mental energy refocusing on the task, backtracking, and fixing errors.”

Miller also discussed an important nugget of wisdom for creatives: “Not only does [multitasking] waste time, it decreases your ability to be creative. Innovative thinking, after all, comes from extended concentration, i.e. the ability to follow an idea of thought down a network of new paths. When you try to multitask, you typically don’t get far enough down any road to stumble upon something original because you’re constantly switching and backtracking.”

If you’re a creative professional with juggling clients and deadlines, what can you do then? Both Atchley and Miller are of the same opinion that you need to make an effort to do one thing at a time. So try the complete opposite of multitasking: monotasking.

Monotasking, also known as single-tasking, is the practice of working on one task with minimal to no interruptions until the task is completed or a significant period of time has elapsed.

Here are three tips to get you focused on a single task at a time:

Set one major goal for the day.

List all of your to-do for the day, and then identify your top priority from that list. Write this goal in a sticky note and place it where you can see it, maybe on the the side of your computer monitor or on the wall by your desk. This way, you have a physical reminder of your most important task for the day and help you focus on it.

If you’re done with it and you still have work time left: congratulate yourself, and replace that sticky note with a new goal you can likely finish before the day ends.

Inspired by its creator’s tomato (or pomodoro in Italian) shaped timer, the Pomodoro Technique is designed to help you hyperfocus on one task at a time in short bursts while also taking frequent breaks. It typically goes like this:

While there are a few Pomodoro timer apps, you may want to consider getting an actual kitchen timer to keep yourself from your phone, a major source of distraction.

Speaking of distractions, cast these out of your workspace—physically and digitally. Turn off notifications so you can focus on the task at hand. Consider even turning off your internet. If you write, do all your online research prior to actual writing. If you design, fill your inspiration tank by grabbing ideas online and then start creating without internet access. Maybe even consider writing or drawing on paper.

It will take a lot of discipline, but focusing on one thing at a time can help you get more things done during the course of your day.

Your brain isn’t built for multitasking, so the best way to protect your precious mental resources (and creativity) is to practice monotasking. Get your priorities straight, focus on one task at a time, take breaks, and work with minimal to no distractions. Multitasking might feel good in the short term, but ultimately it won’t be good for your productivity.

The Curious Case Of Creative Block: Waiting For Inspiration To Strike

Are You Ready For A Freelance Life?

How To Hustle Hard (And Smart) As A Freelancer