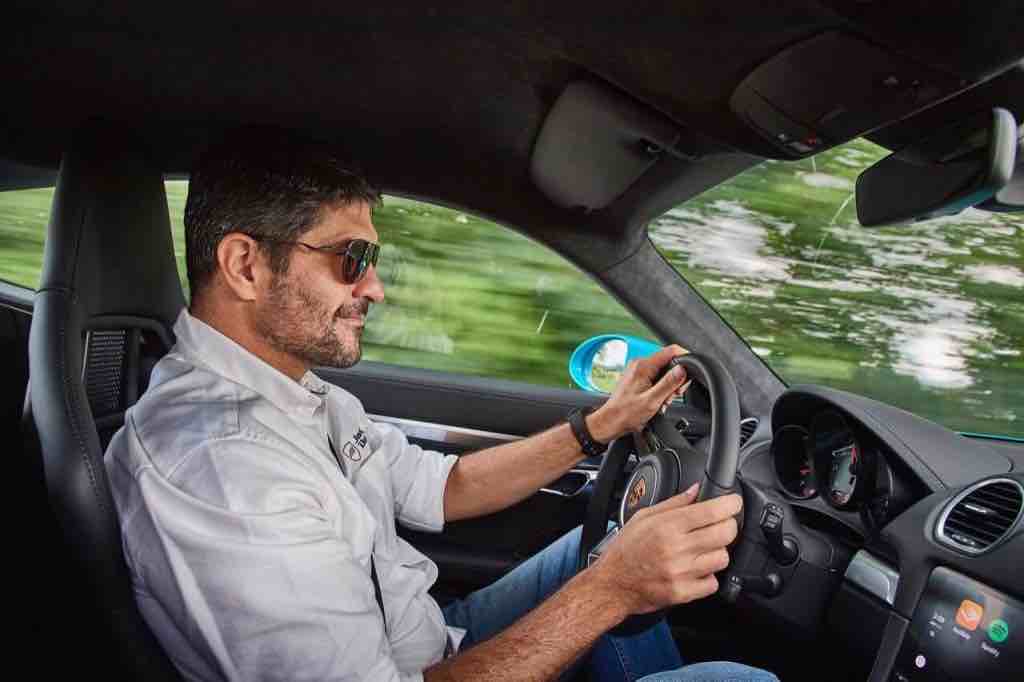 James Deakin never planned on becoming the unofficial spokesperson of the riding and driving public in the Philippines. But today, his name is synonymous with “road safety.” And his ride isn’t over yet.

“It all started by chance,” says Deakin, one of the Philippines’ foremost motoring journalists and host of CNN Philippines’ weekly show Drive. (He also recently began his own daily motoring show on CNN, The Service Road.) “I’ve always loved cars, and that was the only reason that I agreed to become the managing editor of what ended up being the longest-running car magazine in the country: C! Magazine.”

With zero journalistic training, Deakin used his passion for cars to fuel his start in the motoring beat. He eventually developed a solid following made up of car enthusiasts. “People followed the magazine for its passion; definitely not for my spelling and grammar,” says Deakin.

His publishers’ long leash, as well as his motoring column in the Philippine Star, allowed Deakin to establish himself in the motoring industry in the Philippines. He got to travel the world driving cars—including a Formula One car—and writing about his experiences. “These things really give you value and credibility because you’re drawing from a vast well of experience,” Deakin says.

It turns out that there was a deeper purpose to his experiences.

So Deakin started using his voice writing about road and driving safety in his motoring column for the Philippine Star. In 2012, Deakin decided to combat drunk driving. He talked with Lifeline and they came up with a program called Driver on Call. The program provides drivers and vehicles for people too intoxicated or sick to drive their own vehicles themselves.

The response of the public to this program pushed Deakin to keep going. “When I saw that happen, it made me go, ‘Puwede pala.’ One guy can really make a difference,” says Deakin. “In a way, I almost got addicted to it, for lack of a better word. I felt I really should devote a part of my time for my community, at least for [road safety.]”

In 2013, typhoon Yolanda hit and inadvertently taught Deakin the strength of social media. With like-minded friends, Deakin put up the hugely successful Oplan Hatid, a movement that had private citizens volunteering to drive evacuees from Leyte and Samar to friends and family in Manila. Harnessing the power of social media, Deakin hopped from print to digital.

“That’s when I really started throwing everything I had in there,” he says. “After Yolanda, I decided to set aside a certain portion of my voice, time, and skill set for whatever needed them. I’d do at least one or two major projects every year that is 100 percent just for the good of the community or for a charity.”

Since then, through his Facebook page and later on through his website, Deakin has raised funds or awareness for various causes. He’s raised funds for baby Alessandra, a little girl who needed open heart surgery; raised awareness for breast cancer in support of his mother and aunt who both suffered from it; pushed for speed limiters in public buses, and a dash cam bill; helped secure safe transportation for the PWD sector; rallied for Grab and Uber.

“[These] weren’t the sexiest of topics, but I considered it public service or an act of charity, depending on what it was,” says Deakin. “And it became a commitment of mine to do that.”

“This [public response], in a way, keeps adding to the brand,” says Deakin. “I’d be lying if I said I planned it this way. I can’t take credit for it. You realize how big the ripple effect [of helping people] can get. It inspires people and it inspires me back. It sounds so corny but there’s really no other way to explain it.”

And this is how James Deakin, conjurer of road safety and compassion in the Philippines, built his brand.

All photos courtesy of James Deakin.