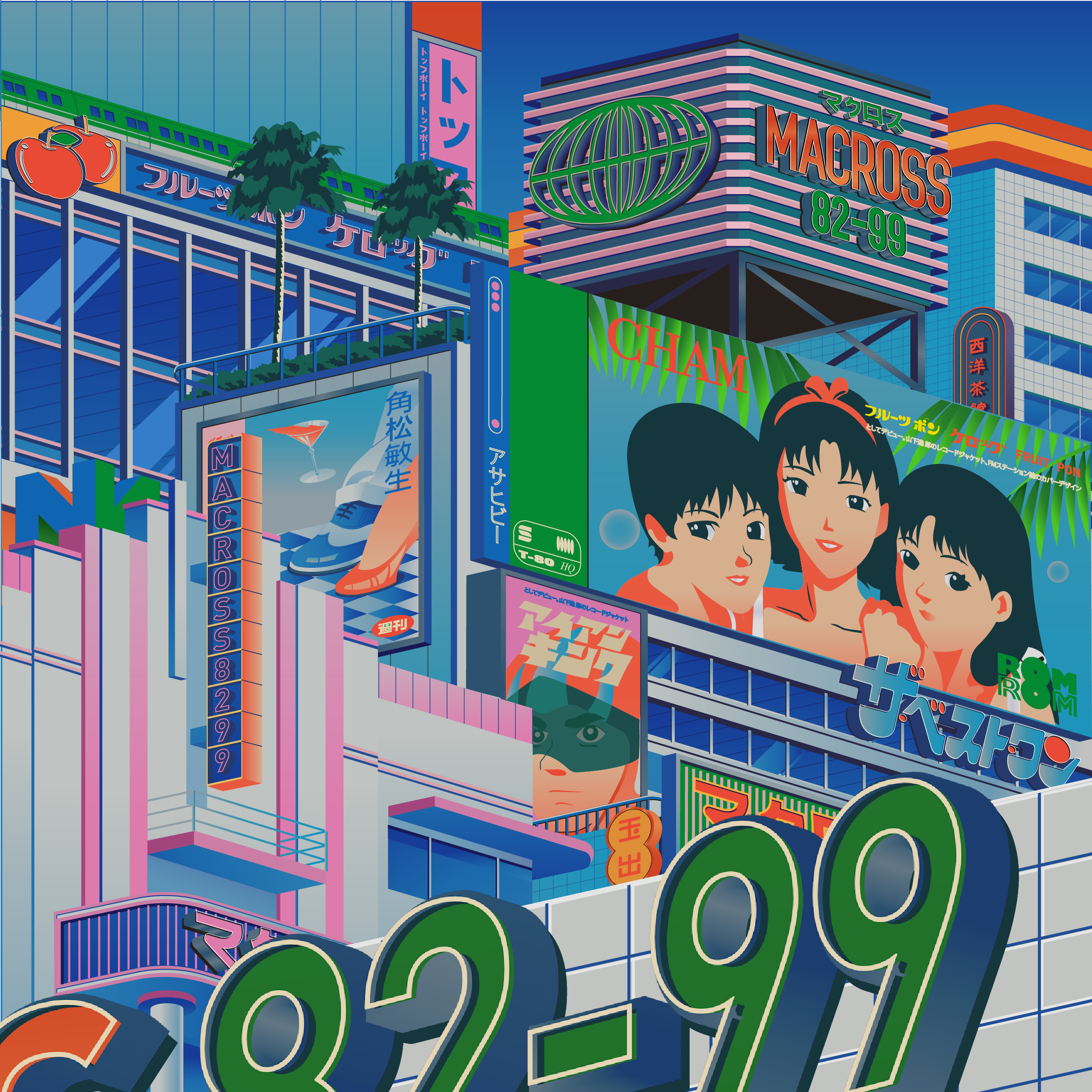 Many of us have surely been impressed by animation and comic work we’ve come across in our childhood. However, very rarely do we decide to turn those memories into a career. Surprisingly, today, these visual languages keep progressing significantly, and along with it, the industry that cooks up every imaginable visual artistry.

Now that they’ve become more visible than ever, many illustrators, animators, and visual artists are getting more and more appreciation—especially when we talk about opportunities through they get by posting their work on social media. Potential clients simply evaluate and choose.

It all comes down to the artist and how he promotes himself and his work. Will they relent and succumb to the demands of the industry? Or will they remain steadfast in maintaining their own signature style? Both things have been experienced by Ardhira Putra, an illustrator/animator from Indonesia who is now making a name for himself in Singapore.

Also read: So Many Stories, So Little Time: Manix Abrera On Drawing, Deadlines, And Storytelling

Through Ardhira, we get an understanding of the essence of inspiration, his career trajectory since graduating from college, to the importance of committing to a personal project (outside of his main job).

Ardhira admitted that even today, he still finds it challenging to find the words that would best describe his work. For him, it’s not really important to define it—his bigger goal is to build a museum that pays homage to his childhood that displays his illustration and animation work, and sharing them with other like-minded people.

In his interview with the Crafters, Ardhira talks about what it’s like being an illustrator in Indonesia and Singapore, the industry, and the difference in the visual market in both countries, as well as the technical tools he utilizes to create a work of art.

Can you tell us about your initial journey as an illustrator in Indonesia, and your transition to a career in Singapore?

I have been drawing since I was in elementary school, and I was inspired by the Dragon Ball and Tintin comic series. I was also a big fan of games like Bomberman and Mario Kart in Nintendo and television shows such as Ksatria Baja Hitam, Patlabor, and Looney Tunes. Then I studied Animation at Multimedia University (Malaysia), which exposed me to the world of animation as well as the broader visual world. Around the same time, I was admiring the work of Eko Nugroho, Phunk Studio, Jeremy Ville, and Jon Burgerman. Then finally, the interest in doing illustration as a career formed when I was studying animation.

I then took a chance in creating illustration work under the name Keledai at Deviantart in 2007. I received positive feedback and support. After that, I was busy doing college assignments and professional work.  I was so caught up in the animation and advertising industry that I abandoned personal projects. Soon I found myself tired OF working for the industry, specifically the boring repetition of the work. Then in 2018, I finally decided to focus on my personal work again as an illustrator and animator, starting from an animation I did for a Barefood music video titled Candy.

In 2019, I got a job offer in Singapore in the field of Virtual Reality. Because I felt that the medium for art keeps changing, I thought that this could a sensible investment for me as an artist. But I was committed to my passion, even until now. The work you can see on my Instagram page are those that make me genuinely happy.

What were the challenges as you adapt to working in Singapore?

I think the biggest challenge was the communication part. How we get along in a new community and of course, how to impart a positive impact. Actually, that goes for any place we live in. But now I feel that I am in a transition phase: meeting and getting to know new people and new communities in Singapore.

Is deciding on a particular genre important for illustrators/animators working in the industry?

Is deciding on a particular genre important for illustrators/animators working in the industry? Or is it only applicable to your personal work?

It depends. For fresh graduates, it’s best to try every genre to broaden your knowledge and familiarize yourself with different art formats. It’s also important to have 2–3 years working experience. So, I think that at this stage it’s best not to stay exclusive to just one genre. Eventually, you’ll find one genre that you really love. And it’s going to be important later on, be it working in the industry or personally—our work will have more character.

What do you think are the most significant differences in the illustration/animation industry in Indonesia and Singapore?

The difference that I felt the most in the animation industry, studio or the production houses in Singapore is that they have a strong network with international clients, starting from brands, games, films, to animations. That being said, the industry in Indonesia has more freedom and variety in terms of the work or in creating an IP (Intellectual Property) and developing it.

Also read: Jelito De Leon and the Influence of Creatives

Which artists inspire your work the most and why?

The first is Pieter Bruegel. I’ve been obsessing over images that are heavy on ambiance, colors, and details. The paintings of Pieter Bruegel are very micro-detailed, complex, and tell a story—and that fascinates me a lot.

Next is Masaaki Yuasa. The Mind Games animation has always been my number one favorite. Other than having a strong animation character, Masaaki also succeeds in making Mind Games very entertaining with distinctive jokes that also have strong religious undertones.

Then there’s Herge, the creator of Tintin. From him, I learned that when you mix journalism and art, the outcome can be something remarkable and important. Herge’s detailed drawings in visualizing an environment, Tintin’s planes and mobile transportations were very true to its era.

And lastly, Eko Nugroho. The world he has painted and the characters that inhabit it always reminds me of the freedom in imagination when I was a kid, when I was playing with action figures, imagining that I was in outer space or in an alien headquarters. Because of those works, I am still creating illustrations until today.

In your opinion, what direction is the illustration and animation industry headed? Is it getting better or on a downward slide?

I think that with the advent of the internet and social media, the industry can improve. No matter where we are, these things can create a market of their own. International clients can contact an artist from another country directly, for example, to commission work through social media.

Social media now plays a vital role [in showcasing one’s art], allowing different genres and skills to be recognized. [Through social media], I am also able to swiftly communicate with communities and people that I could never have known without social media.

In 2018, all my commissioned work came from social media. I also just realized, the use of LinkedIn in Singapore is more “alive” compared to Indonesia. That’s why it’s important to know the role each social media platform can play in creating a great portfolio.

What are the particular tools that you use in your work?

Then, After Effects for animation and Cinema 4D—this I usually use when I need asset 3D. It’s easier to create effects motion graphics with Cinema 4D than with another 3D software.

As an illustrator/animator, how important is it for you to collaborate and network with other artists?

I always learn new things from collaboration. I like it when I learn about new references and techniques. Occasionally, I also get to understand different tastes. I like knowing: “Why does this artist prefer this particular style?” Eventually, I gain a better understanding and might be able to implement these techniques myself.

Networking is also very important for a new artist. Meeting people and having discussions in person would help you gain a different level of respect for them — something you can’t get by just chatting with them on social media. Back in 2018, when I was still in Jakarta, if an artist’s work interests me, I’d send them a direct message and ask them if they want to meet and have a discussion. It’s so easy these days to acquire new knowledge because everything is made easier by social media.

Last question, are there other art forms that you would like to tackle?

Now that I’m working in the field of VR, hopefully in the future I can create an artwork using the medium of Hololens or even VR.

Start Your Creative Portfolio In 2019

3 Ways To Get Out Of A Creative Funk

4 Practical Tips On Setting Up Your Home Office